Things to do in Cork – Top sights and attractions

Cork is the second largest city in Ireland. For anyone not local to the area it is fondly known as the Rebel County and considered as the culinary capital. If this appeals to you it is best to stop off at the famous Old English Market near the city centre. More to follow on this magnificent market but first heres some interesting history on this ‘deceant’ *pronounced day-cent (as they say in Cork) County.

Cork had a medieval population of approximately 2000 people that suffered a severe blow when almost half the community died during the bubonic plague when the black death arrived in the 14th century.

Originally the city was walled and to this day some walls and gates remain. The following century Cork played a part in the War of the Roses and this is when it got its nickname the rebel county. Moving forward to the 18th century French Protestants arrived in Cork while fleeing religious persecution. Many buildings were erected and their influence can be seen to this day in the Huguenot Quarter and French Church Street.

Much of the city’s medieval architecture was replaced by Georgian buildings like Dublin for example. Also in the 18th century trading expanded considerably in Cork’s port. Local merchants exported their goods including large amounts of butter and beef to Britain, Europe and North America.

By the mid 19th century Cork’s population hit approximately 80,000 which declined in the 1840’s due to the terrible famine. Many of the residents that emigrated left from a nearby coastal town called Cobh and set sail to their new countries. The late 19th and early 20th century see new industries arrive to the city including wool, shipbuilding, distilling and brewing.

When visiting Cork one of the most famous covered 18th century food markets is located in the heart of the city centre. The Old English Market sells a huge variety of locally produced produce. These include fresh fish, a selection of artisan cheeses, bread, meat, and fresh fruit and vegetables. I also noticed a little T-Shirt shop and some stalls selling beautiful handmade chocolates. If you are curious of the vegetable sources there is a large board naming the local suppliers. A trip to The Old English Market never disappoints with its bustling atmosphere and friendly staff always ready for a chat.

If you are lucky enough to visit Cork at Christmas there is a particularly magical vibe along the many decorated aisles.  If you are familiar with the popular comedy television series  ‘The Young Offenders’ you will know they filmed a lot of scenes here. A large framed poster of the main characters can be seen near the fish mongers market section.

After a fire caused extensive damage in 1980, Cork City Council extensively refurbished the market with the original Victorian building’s design and won a gold medal from Europa Nostra. Savour the experience by sitting with a coffee, relaxing and soak up the traditional experience. It has become a popular tourist attraction down through the years. The market was visited by Queen Elizabeth II in 2011 and by Charles the Prince of Wales more recently in 2018. The traders also marked the market’s 230th anniversary in 2018.

Cork City Gaol is a former prison that housed both male and female prisoners that committed crimes within the city’s boundary. After closing its doors in 1923 it was then home to Corks first radio station where broadcasting took place within the building. Since 1993 it is now a museum. Located approximately 2 kilometres from the city centre in the Sunday’s Well area of the city, it is a very popular destination for many visitors.

It is a self guided tour with two options, for an extra 2 euro you can stroll through the hallways and wings at your own pace, with rented headphones for an audio guided tour. The audio tour is available in up to 13 languages. Alternatively you can use your free guide map that you get upon entry.

Here inside this castle like building with its gothic architecture you will get a fascinating look at the historical insight of daily prison life inside the high walls that ensured no prisoner escaped. The audio effects for example the clinking of the metal chains, make your journey an interesting and educational experience that is suitable for all ages. Open daily from 10.00-16.40.

Visit Saint Anne’s church located in Shandon Street in Cork city. It is one of the oldest churches in the city built in 1722. Here you have a unique experience of ringing the world famous Shandon Bells yourself. The total climb to the top of the tower is 135 steps and well worth it to reach the viewing point as you will be spoiled with spectacular 360 degree views of the city.

When you reach the first floor you can ring the bells. You will also pass through the belfry, where 6 tonnes of bells ring out. The walkway narrows to approximately half a metre wide at this point. Along the way you will see many interesting features including the mechanism of one of the largest caged clocks in Europe on the third floor.

There have been many songs and poems written about the Shandon Bells that are considered the soundtrack of Cork city. You can link to Saint Anne’s YouTube channel for a weekly Sunday service at 10.15 am.

The Cork Butter Museum documents the role in history of butter production in County Cork. It is located in the historic Shandon area of the city and is housed in the former Butter Market. At one time Cork was the largest exporter of butter in the world, exporting as far as India and Australia.

The museum has displays of the International butter exchanges in the 19th century and the domestic production of butter. Among the museum’s collection is a rare container of medieval bog butter that is over 1000 years old! The interesting gallery display shows the Irish practice of butter being preserved in bogs. The ground floor displays traditional equipment used for butter making. Throughout this gallery there are informative panels covering the dairy culture in Ireland.

Cork Public Museum is located within Fitzgerald Park in the Mardyke area of Cork city. It is a mid 19th century Georgian house in a fantastic setting among a variety of shrubs and trees. It was originally a private residence built in 1845 that was converted into a museum. The museum focuses on history and local archaeology that includes finds from excavations around the city’s medieval walls. It also covers economic and municipal history of the city including merchant history of the Port of Cork. Another display includes Bronze Age mining tools that were recovered from the Copper Mines in west Cork and Iron Age helmet horns. During excavations recently in 2016-2018 at the Beamish and Crawford site Viking artefacts were unearthed. They are also displaying ancient Greek and Egyptian artefacts.

One of the highlights of visiting Blarney is kissing the legendary stone of Eloquence Blarney stone. Legend says if you lean out and kiss the stone at the top of the castle you will have ‘the gift of the gab’ (an Irish slang term meaning that you will never be lost for words)! Remember to touch the stone you must lean backwards towards the edge, luckily with tradition there is an assistant at hand to help you, along with guide rails and crossbars. There are many tales of the origin of this particular stone, one being a claim that it was the Lia Fáil, a stone that Irish kings were once crowned upon. It was set into the castle tower in 1446.

After exploring the medieval castle you can stroll through the surrounding grounds with its extensive gardens. There are many signposts directing you in the points of interest, these include several rock formations.

Fota Wildlife Park is the perfect destination for all animal lovers young and old. Located in Fota in Carrigtohill County Cork it is approximately a 30 minute drive from the city.  The wildlife park covers 100 acres and opened in 1983.

It is one of the leading tourism, wildlife and conservation attractions in Ireland. There are over 50 bird species and almost 30 mammals. Some of the animals roam freely with visitors such as ring tailed lemurs and wallabies. As you walk along the pathways a kangaroo may hop by. You can see larger animals in a natural environment like bison, zebra and giraffe’s in paddocks with unobtrusive barriers.

There are a number of sections in the wildlife park that are arranged by the animals habitat and region. These include the Asian Sanctuary, the African Savannah, the Tropical House and Monkey Island. The Cheetah Run helps the cheetah exercise. There are so many beautiful animals to see in Fota including tigers, rhinos, lions, red pandas and many many more. Many animals in Fota originate from a number of species that their natural habitats are threatened with degradation due to human activity.

It is independently funded and a not for profit charity. It was awarded ‘Best Family Day Out’ for Munster several times and it is also in the Top 25 Animal Parks in Europe in the 2015 ‘Tripadvisor Travellers Choice Awards’.

Just 2 kilometres from Cork city centre, Blackrock Castle sits on the banks of the river Lee. It was originally developed as a costal defence fortification during the 16th century to protect the Cork port and harbour. It is now an observatory and visitor centre with a restaurant. 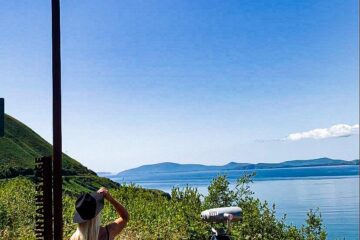 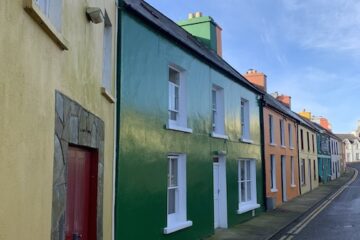 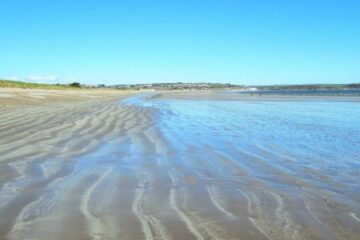